Why a Harley Davidson Shovelhead? 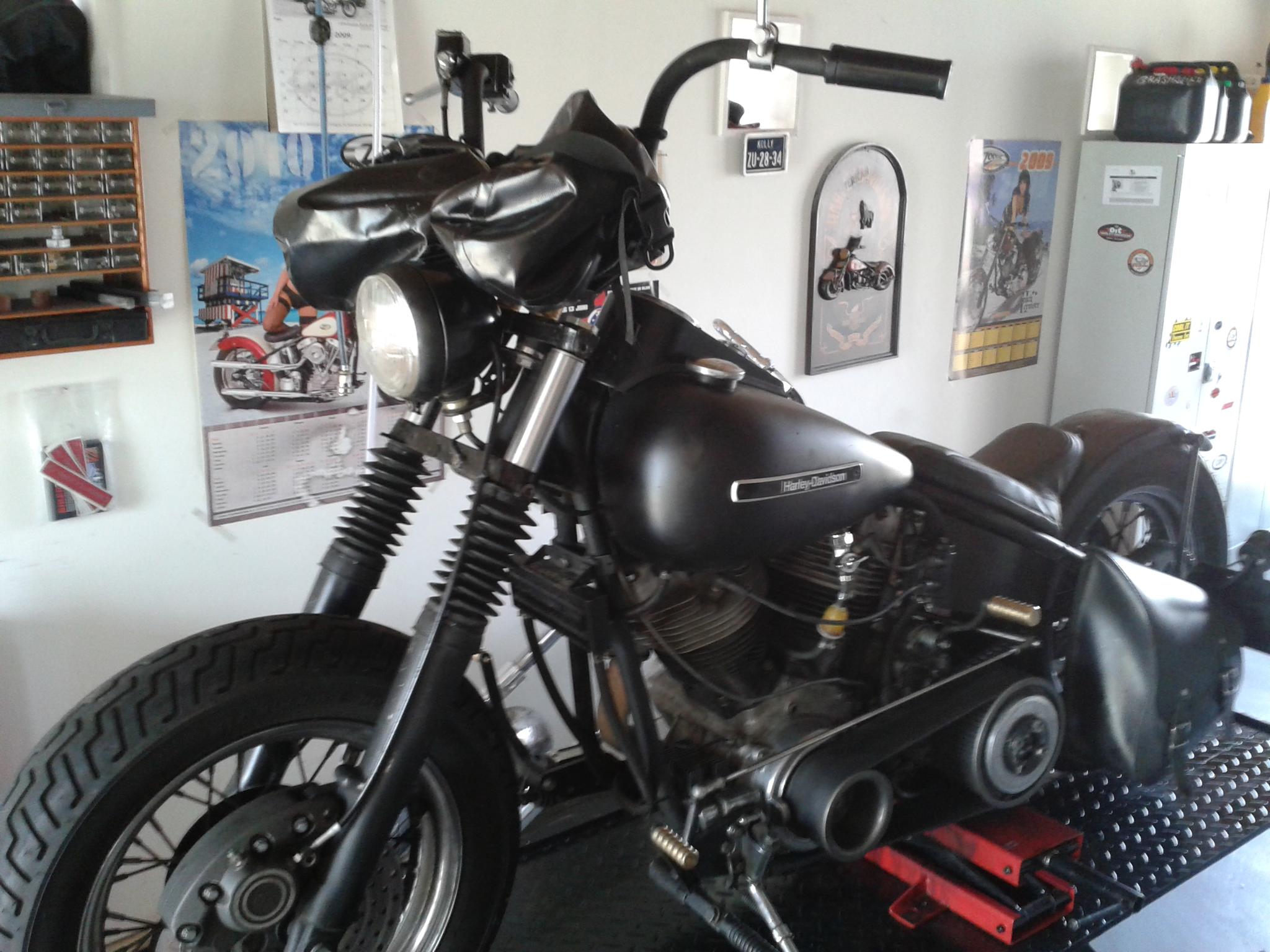 The name Shovelhead has not been given by Harley Davidson to the motorcycles, but those were the American customers. The 2 heads of the engine block resemble 2 turned over shovels.

Until I saw someone start their engine with the kick starter. Then right at home I got the starter motor, relay and solenoid from my morning and mounted a kickstarter on the gearbox. By using an older technique to mount my Shovelhead, kick starter instead of electric starter, my engine has become much more reliable.

My bike originally had rear suspension. So there was just a swingarm on it. By completely disassembling the engine, grinding the back of the frame and welding a new Hardtail frame piece, I now have a hardtail. A lot of people think that's weird. I've gone from a deluxe frame to a spartan frame. I think that's beautiful myself. I also switch gears differently. I clutch with my foot and I shift with my left hand. I also regularly get questions about this: "Isn't that very difficult?". My standard answer is always: "No, I clutch and shift like you do in your car, clutching with the foot and shifting by hand".

The recent models of Harley Davidson do not appeal to me at all. My engine has a carburetor. I can adjust this with a screwdriver. I don't need a laptop for this. I can also solve many problems at home and on the road with simple tools.

And that's what I like so much about those old engines. If you are a bit handy yourself, you can repair a lot of repairs yourself, even on the road. In addition, it is super easy and fun to change your motorcycle with custom motorcycle parts. You can make your bike the way you want it.

As a hobby that got out of hand, I started my webshop Kollies Parts in 2010. In this webshop you will find many parts that are specially made for Shovelhead motorcycles, but you can also find cool engine parts for other models and other brands of engines. Motorcycle clothing and motorcycle helmets are also available in the online shop of Kollies Parts.

Where do you start when you are going to build a custom motorcycle? Which engine do you choose? What should the bike look like when you're done? Have a plan before you start!

Why a Harley Davidson Shovelhead?

Why would you want to ride a Harley Davidson Shovelhead? That is a good question ;-)

What's a Bobber and what's a Chopper?

There are many types of threads. Metric threads will be familiar to most people. But on American motorcycles and cars often UNC thread and UNF thread are used. You may also come across NPT threads. And then it becomes a bit confusing. Explanation about threads and a clear thread table for Metric, UNC, UNF and NPT(F).